You’ve stumbled across our Cheltenham day three preview of the big races happening at the Cheltenham Festival in 2021. This is the biggest National Hunt horse racing event anywhere on the planet. Read all about the horses to follow in every race on St Patrick’s Thursday in our Cheltenham Thursday preview.

The Cheltenham preview day 3 action begins with everyone’s banker of the meeting, ENVOI ALLEN. He’s unbeaten in 11 career starts including an Irish point. Most dangerous opposition is running scared, so making any sort of case against him is difficult. If there is one negative, changing stables isn’t ideal.

Shan Blue from the Dan Skelton stable looked great in winning his first three starts over fences. All that fine work was undone, however, when he got outstayed in the Scilly Isles at Sandown by Sporting John. Chantry House represents Nicky Henderson and last year’s Supreme third has won two of his three chase outings.

Chatham Street Lad has course and distance form in an open handicap for maverick trainer Mick Winters. He isn’t afraid of one horse, but also the eldest in the line-up. A repeat of his Caspian Caviar Gold Cup romp should see Chatham Street Lad into the frame, however.

Check out the best betting sites for the Cheltenham Festival today

Now, for the first of the handicaps in our Cheltenham day three preview with the Pertemps Final. After a series of qualifiers held in the UK and Ireland, we have a maximum field of 24 contenders. Many have claims as usual, with th well-handicapped COME ON TEDDY standing out as a course and distance winner.

That victory over On The Blind Side here in December looks good. The runner-up has twice placed in Grade 2 contests and won in-between those efforts. Come On Teddy is also 8lb better off at the weights with Imperial Alcazar from Warwick and only has five lengths to find, so could reverse form.

Others worth considering are the improving David Pipe horse Brinkley, who has won three of his four starts since moving over from Ireland, and Bushypark. The latter has been on a remarkable ratings rise after starting the campaign on 83 for Phil Kirby. Five hurdle wins on the spin mean Bushypark is now 49lb higher. Don’t discount this thriving horse!

A potential show-stealer. That’s what the Ryanair Chase looks like being this year. There are so many horses considered for selection in this Cheltenham Thursday preview, starting with the defending champ Min. No horse since Albertas Run a decade ago has been successful twice.

Willie Mullins also has others for the Ryanair, but Min is a history maker and three-time winner of the John Durkan at Punchestown. Stable companion Allaho is also at the top of the betting and placed third at the last two Cheltenham Festivals. He did return to form with a nice victory at Thurles in January, though.

Perennial Cheltenham runner-up Melon also represents Mullins. Other Irish contenders include dual Festival winner Samcro, who shines on this stage, and Fakir D’Oudairies. The latter has been crying out for this trip after so much experimenting.

Last year’s Ryanair runner-up SAINT CALVADOS went so close to reeling Min in 12 months ago that he just edges the vote. Any of the above, or the locally trained Imperial Aura, would make a worthy winner of this. With just a neck to find on that run 12 months ago, Saint Calvados gets a tentative nod.

See which sites are your best bet for horse betting

The great races just keep on coming with the second of the Cheltenham preview day 3 co-features. Paisley Park is favourite for a second Stayers’ Hurdle after winning it in 2019. Emma Lavelle’s stable star looks to have put his problems from last year behind him. That is encouraging.

SIRE DU BERLAIS is a two-time course and distance winner after carrying big weights to victory in the Pertemps Final. He acts at this track, so ignoring his third behind Flooring Porter and The Storyteller at Leopardstown over Christmas could be wise.

Vinndication is also prominent in the betting on what is his first outing over the smaller obstacles for three years. Last year’s winner Lisnagar Oscar may find fewer market principals flopping this time around.

Another of the typical wide-open handicaps at the Festival up next in our Cheltenham day three preview, where FILS D’OUDAIRIES has some interesting form. This six-year-old Joseph O’Brien inmate is lightly-raced over fences after just four starts and learned plenty despite falling on his chase debut when keeping tabs on Colreevy.

He then won a rated chase at Navan, but it is his gallant runner-up effort behind Envoi Allen at Punchestown that catches the eye. This is also easier than his last run; so, now back down in grade, Fils D’Oudairies is one to consider each-way.

Last year’s third Mister Whitaker looks well-treated off 2lb lower if running to the pick of his form. It is surprising that Happy Diva, who finished just ahead of him, has been declared here and not in the Mares’ Chase on Friday. If recapturing her best form, then Kerry Lee’s charge could make the frame again.

Mullins has won ever single running of the race registered as the Dawn Run so far, so HOOK UP is of obvious interest. She gets 5lb from some of her market rivals and has work to do to reverse previous form with Royal Kahala but ran a huge race at odds of 50/1 in Grade 1 company last time out.

Hook Up stayed on at Leopardstown and was a never nearer fourth to Appreciate It. Many are in with chances, including JP McManus pair Roseys Hollow and Glens Of Antrim. Other Mullins mount Gauloise is now evenly matched with the former on 3lb better terms from their Fairyhouse meeting.

If there’s to be a shock British winner of this, then The Glancing Queen is the shortest price of the home team. There is the sense that Alan King’s classy bumper mare may want further than this. Skyace, who has relished outsider status, looks the each-way angle here for Shark Hanlon.

We end the Cheltenham preview day 3 action with a race that’s difficult to have a strong view on. McManus runners may be the key, however, and MUSICAL SLAVE remains on a handy mark. He isn’t the most fluent of jumpers, but he’s better off at the weights with Cobolobo from Ascot when last in action.

The form of his second to Sam’s Adventure at Uttoxeter 12 months ago has been advertised by the winner landing the Eider Chase at Newcastle last month too. Hold The Note, meanwhile, has run a number of solid races in defeat this term. He remains a maiden over fences, but this second season novice might be worth chancing over this longer trip.

In a pretty compressed handicap, Morning Vicar sneaks in at the foot of the weights for Nicky Henderson. He may have been laid out for a tilt at this following a winter break. Each of these is worth cnosidering each-way. Our Cheltenham Thursday preview can’t recommend getting heavily involved in the Kim Muir, though. 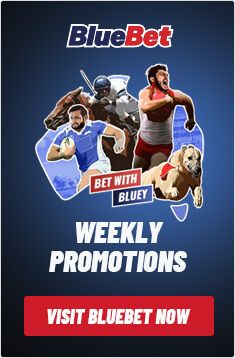 This is our Cheltenham day two preview, featuring the Ladies Day races ... 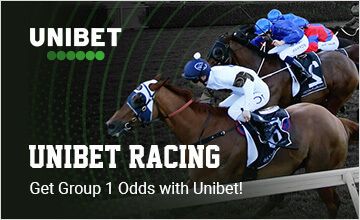