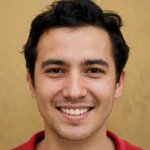 For the third phase of the Copa do Brasil, Cianorte and Santos face off in the first of two matches to see which of the two teams will advance to the next phase of the tournament. Both teams come from a negative result in their last games and will try to recover in this match.

The game will be played at the Albino Turbay Stadium, in Cianorte, Paraná, on Tuesday, June 1, 2021, at 7:00 pm, and will be without the presence of fans, the Cianorte team, in the last match they played at home , ended up losing to Londrina’s team, by the score of 0x3, in the quarterfinals of the Paraná Championship.

Position and Form of Teams

Cianorte’s team advanced to the third stage of the Copa do Brasil, after passing by Santa Cruz-Pe, in a single game, playing at home, with a score of 1-0.

Santos’ team directly entered the third phase, as it came from the participation of Libertadores in 2021.

Cianorte-PR: Will try the improbable for Santos’ team.

The Cianorte team will try something unlikely in this duel, go through the Santos team and advance to the eighth finals of the Brazil Cup, the team has come from several bad games, in the last 9 matches they have played, they only managed one victory and this can be a negative factor to seek classification in this duel. The team was recently eliminated in the quarterfinals of the Paraná Championship and is coming from a defeat suffered by Londrina by an elastic score of 3×0. Playing at home, the team has a good performance, there are 6 wins in the last 10 matches they played.

Santos: The poor performance as a visitor worries the Peixe team.

Santos’ team will bet all its chips on the Copa do Brasil, in a financial crisis, the team knows that this competition can add great value to the club, with each stage that advances, and the search for the Round of 16 is almost like a must. The team, however, comes from a very weak performance recently as a visitor, in the last 18 matches they played, the team only managed one victory, and will go with this performance for this match, a victory here would be essential to pave the way for classification. Santos’ team comes from three consecutive defeats and needs to be alert not to get scared in this duel.

Santos’ team comes from three consecutive defeats in all competitions.

Santos’ team comes from three very bad recent games, where the team ended up conceding 8 goals in those matches and now needs to fix the defensive problem, because they know that, in matra-mat competitions, to concede goals is very complicated, I believe in a Santos more cautious here, trying to win by the minimum score, but without conceding goals in the match, I go from Under 2.5 goals here.