Online Gambling Sites » ... » How to Make a Complaint Against a Bookmaker (Canada)

How to Make a Complaint Against a Bookmaker (Canada) 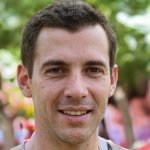 Welcome to our guide to making bookmaker complaints. We’ll show you an efficient way to make complaints against bookmakers and reveal how you can involve a bookmakers ombudsman to support your claim.

Although most of the time, the majority of customers are very pleased with the service they receive from their bookmaker, almost inevitably there are times when things don’t always go to plan. Here we take a look at how to raise a complaint regarding your bookmaker in such a way that you optimise the chances of getting the outcome that you want. 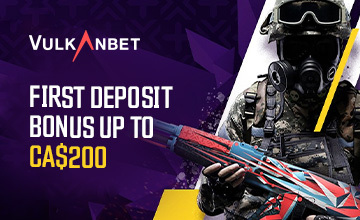 Claim your bonus now!
Betting site of the month

We recommend these reliable Canadian bookmakers:

When complaints against bookmakers in Canada may not be warranted

So when should you make bookmaker complaints? In some cases, what may initially look like grounds for complaint actually turns out to be a failure to follow the rules of a bet or promotion. Common conditions which aren’t always followed correctly include:

If you have carefully checked the terms and conditions of the site, especially those relating to your activity and still feel that there are grounds for complaint, it may well be time to move on to the first step of the complaints process. When people think of gambling complaints, they tend to think of contacting the bookmakers ombudsman in Canada. The reality is a little different: any bookmaker complaints that Canada residents make should first of all be addressed to the bookmaker concerned. Before pushing a complaint higher, it’s important to give the online bookmaker a chance to resolve the matter in the first instance.

To deal with a bookmaker complaints in Canada, the concerns should first of all be addressed to the bookmaker. Any No.1 bookie generally has a “Contact” section on their website, where information is given regarding the best method of getting in touch.

Options frequently include email, live chat, phone and post. We suggest using the form of communication which you’re most comfortable with: written communication (such as live chat or email) is usually better, as there is a clear record of what was discussed. They may also have a “Complaints” section (often containing words to the effect of, “If you are dissatisfied in any way…” or similar) where the relevant contact information can be found.

How to make gambling complaints in Canada

For any gambling complaints Canada customers want to submit, they normally need to contain the following information:

If you’re someone that’s not keen on using written communication, it can sometimes be helpful to make a list of the relevant information before making a call. That way, it’s easier to make sure that you convey all the information that’s needed. Call handlers will often prompt for information, minimising the chances of something vital being missed when you make bookmaker complaints.

Top tips for your bookmaker complaints in Canada

What’s the next part of the bookmaker complaints procedure for customers located in Canada?

If the gambling complaints Canada customers submit aren’t dealt with in a satisfactory manner, it may be time to escalate the matter. Here we take a look at what you can do if your complaint doesn’t deliver the outcome you’re looking for, as well as tell you who to go to in order to take your case further. Before moving on to contacting the appropriate regulatory body, it may be worth taking a few moments to reflect on whether you have a chance of obtaining a different outcome: you may not like the answer which you have received from your bookmaker, but that doesn’t mean that it’s not the right one! If, after careful consideration, you feel you still have a case and wish to pursue it, it’s time to take the next step with your bookmaker complaints.

If you haven’t received a satisfactory answer to your complaint and you don’t agree with the decision, the next step will be to raise your concerns with the appropriate agency. This isn’t quite a straight-forward as it would appear: just because people in Canada have access to an online bookmaker, such as these in this bookmakers list, it doesn’t mean that they fall under Canadian jurisdiction. Not only are some bookmakers registered outside Canada, complaints may need to be escalated to different agencies, depending on whether the issue relates to regulation or to some other aspect of the site’s operation. All of which shows that making complaints against bookmakers is rarely a simple task.

An example of how gambling complaints Canada people make can be dealt with is as follows:

If the bookmaker complaints haven’t been successfully resolved, it’s first necessary to ascertain if the complaint relates to a regulatory breach (an action which is likely to breach the terms of the bookmaker’s licence) or if it is a procedural or similar breach – for example blocking an account, faults in the site’s operation or being excessively slow to payout. If the former, there is a need to report the matter to the relevant regulatory body or bookmakers ombudsman, which may not be in Canada. Online bookmakers can be registered almost anywhere in the world, although their site is still available in Canada. If the issue isn’t related to a suspected licence breach, the bookmaker will state who to refer the matter to on their site (this varies).

If a bookmaker falls under Canadian jurisdiction, the relevant gambling ombudsman Canada customers need to contact varies depending on the province in which the bookmaker is registered.

Some of the provincial bodies which govern gambling in Canada include:

Note that in many provinces the law is quite “grey” when it comes to online bookmakers. Many Canadians use bookmakers that are registered elsewhere, meaning bookmaker complaints need to be resolved internationally.

In instances where there is are bookmaker complaints, Canada customers should usually look on the bookmaker’s website to find out where to escalate their complaint. Most reputable online bookmakers will have clear instructions on making a complaint and how to move it higher should it not be resolved appropriately. Generally bookmakers value your custom and will do everything they can to resolve customer concerns. Making sure that a site has a clear mechanism for raising and addressing complaints is one of the things customers should look for before signing up. If a site hasn’t got a transparent complaints procedure in place, they may not be the right people to bet with!

If you have ground to suspect that your bookmaker complaints relates to illegal activity, you should inform the police and follow their advice. Particularly if a bookmaker operates outside the country where the customer is located, it may be the case that local law doesn’t apply.

To succeed when making gambling commission complaints, Canada customers need to be sure that the betting site they are using is suitably licensed and has a complaints procedure in place. The majority of online bookmakers are reputable, but there are also unlicensed operators out there: the latter do scam customers, leaving them out-of-pocket and without any form of redress.

One of the easiest ways to identify a reliable bookmaker that you can trust to resolve complaints fairly is to read online bookmaker reviews. bookmaker ratings can give valuable information on the overall reliability and integrity of a bookmaker, including how well they deal with bookmaker complaints. Reviews can also tell you more about the nature of complaints which are raised: numerous complaints, or lots of complaints regarding a particular issue, may be a sign that you’re better off betting elsewhere.

Some countries, for example, Malta, European Countries and Australia, have a strong regulatory framework in place. Bookmakers licensed in these countries are likely to have a transparent customer complaints procedure and there is recourse to reputable agencies should a complaint not be resolved.

Other countries have less rigorous legislation in place: it’s worth doing a little research to assure yourself that your chose bookmaker is licensed by a regulatory body you can have confidence in. Remember that if something looks too good to be true, it usually is: time spent reading the customer reviews of bookmaker sites or tracking down where the the bookmaker is licensed and other regulatory information about them, is rarely wasted!

In summary, there are five main steps in the bookmaker complaints procedure for Canadian customers:

If the governing body rules against you, there is usually very little that you can do. Some countries offer the option of an impartial body to investigate bookmaker complaints, but this isn’t always the case. If you’ve escalated your case as far as possible and still haven’t achieved the outcome you want, there may not be grounds for further action.

If you want to bet with an established online bookmaker that prides itself on offering a premium service to every customer, Wetten.com could help you find the perfect choice. In addition to many other advantages, Wetten.com will show you the bookmakers that have a clear complaints policy, ensuring customers always know exactly what to do if they have any concerns or require any further information.

Suitable for both established gamblers and those who are new to this form of entertainment, all of our recommended bookmakers are always trying to give their customers more. Get in touch to find out more about the various promotional offers and sign-up promotions which are available at these sites. Many of these bookmakers are regulated by the rigorous Malta Gaming Authority, so that you will be using a site that is committed to giving every customer an honest, fair service as well as providing an exceptional outcome at every stage of the customer experience, and that includes handling bookmaker complaints too.

The most reliable bookmakers for 2022 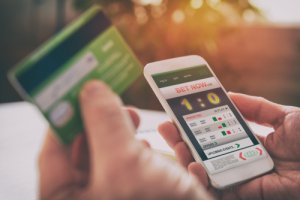 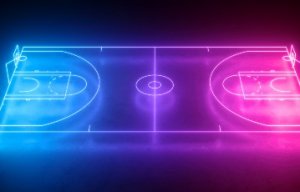 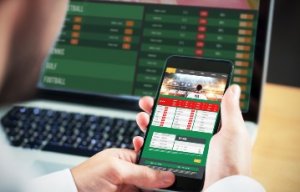 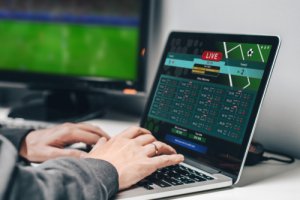 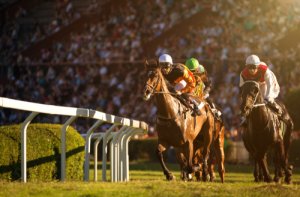 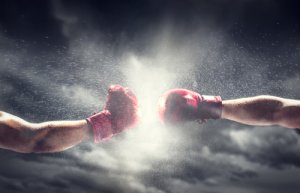 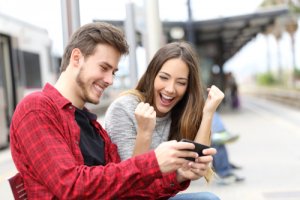 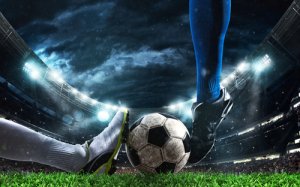 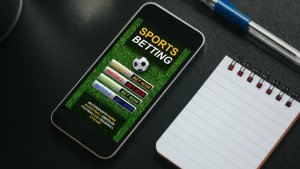 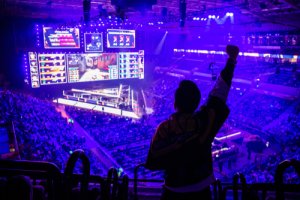 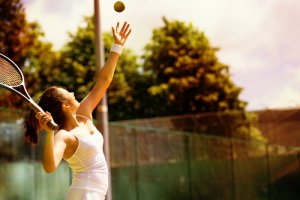 The Best Online Betting Sites for Tennis in Canada 2022 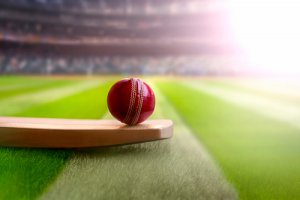 The Best Online Betting Sites for Cricket In Canada 2022 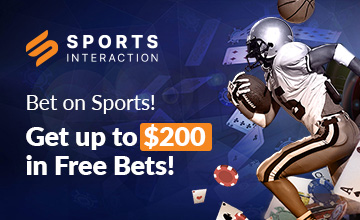 42
Casino Bonus
×
Your Bonus Code:
The bonus offer was already opened in an additional window. If not, you can open it also by clicking the following link:
Visit Site