There’s a new Stake.com streaming platform in town called Kick. It promises to let gamers upload and watch gambling-related gaming content which is something that was recently banned by Twitch. The Stake Kick streaming platform was announced by a series of streams by high-profile gambling streamers such as Trainwreck and Roshtein. So does Kick have what it takes to be a casino streaming Twitch alternative? 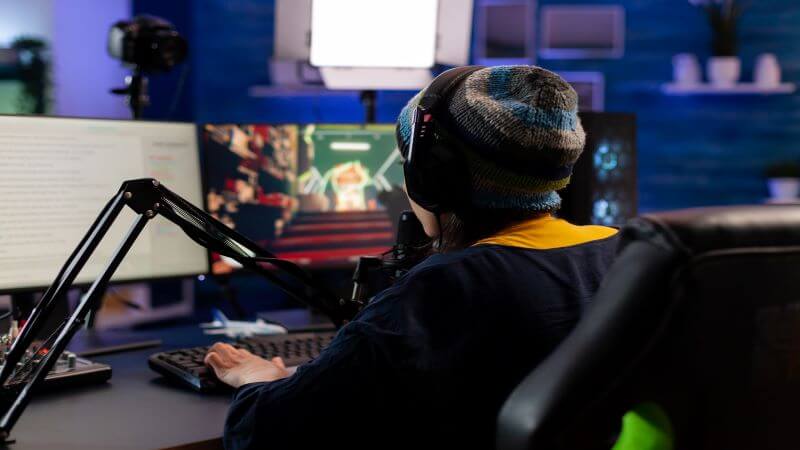 There had been rumors that Kick was a new project from the Stake.com casino gaming platform for some time now, and this was made fact by the gambling streamer, Trainwreck. Last week saw the first in a series of Trainwreck Stake Kick streaming where the gamer went on the offensive to explain what the Stake Twitch alternative is all about.

Trainwreck currently has over 2.1 million followers who regularly watch his gambling related streams. However, the gamer has had a turbulent time where he has had to move from the US to Canada in order to continue his gambling streams. This was coupled up with the fact that Trainwreck has been looking for a new home for his streaming ever since Twitch made the move to ban gambling-related content in September.

Furthermore, the Swedish streamer Roshstein hosted a quick question and answer session that explained the basics of how the streaming platform would work. The Roshstein Kick stream also featured the streamer showing off his online slot gameplay.

Elsewhere, there was an Xposed Kick stream that included a $10,000 giveaway competition, and the 26-year old said that the platform would become, ‘the final landing spot for all gambling streams.’

Where will the Stake Kick streaming platform go from here?

Any new casino streaming platform is going to have to do something special to attract gamers from other sites. As a result, it’s little surprise to find that Kick offers a generous royalty split. This would give Kick streamers 95% of all streaming revenues which is clearly much more than the 30% revenue split offered by Twitch.

However, it’s the fact that Kick offers gamers the chance to watch and stream gambling-related content that will be its biggest draw over the long-term. With Twitch removing all gambling content earlier this year, it is hoped that Kick will grow to fill the void.

The makers of Kick have promised that the site will feature daily updates to offer improved functionality and that the platform will grow to become, ‘the leading content provider in the gambling industry.’ While this is a bold claim, it is clear that Kick is doing something that no other streaming site offers and it could fulfil its early promise.

2
Casino Bonus
×
Your Bonus Code:
The bonus offer of was already opened in an additional window. If not, you can open it also by clicking the following link: